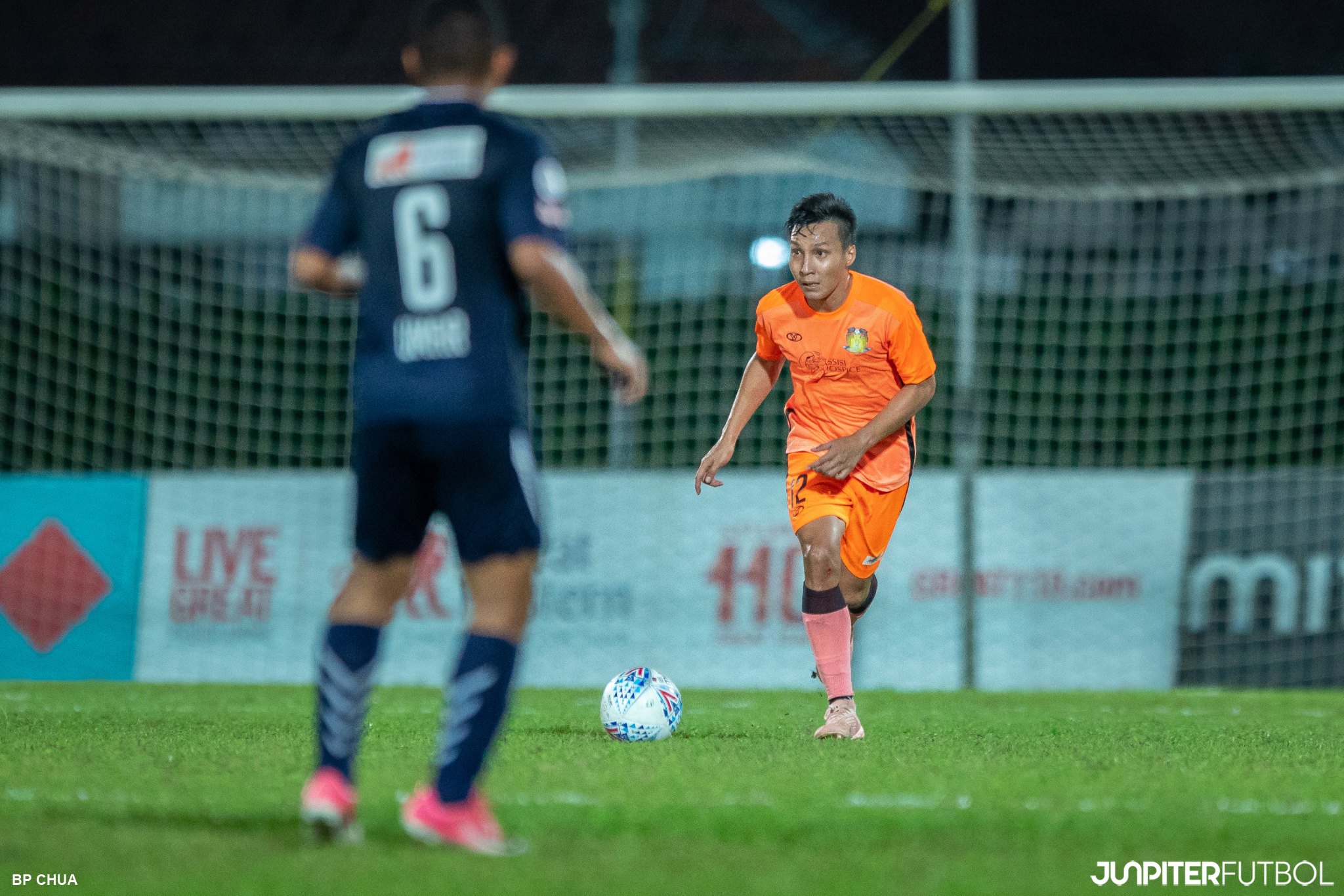 Position: Centre Midfield and Centre Back

When did you start your career in football?

– It all started when I got scouted by Coach Kanan to play for Geylang Under 16 team while I was representing St Gabriel’s for a school game.

What made you want to pursue a career in football?

– At first, it was just leisure. But when I managed to progress to the National Football Academy and making into the Young Lions, I thought why not. Football gave me a decent head start which I lost to excel academically.

Where do you aim to see yourself in 5/10 years?

– Well I have been working at Komoco Motors while managing football for 4 years now and I would see myself contributing back to them for as long as I can manage. Also, I have just gotten my AFC C Coaching License and hope to carry on to the B Certificate in time to come to give back to Singapore football where I can.

How long do you foresee yourself playing football?

– Coming 30 soon, I still feel fit and strong. I hope to at least hit 35! However with the ever changing age rulings in our league, the competition gets tougher each year so we shall see.

Do you have any regrets throughout your career so far?

– So far, I am thankful for all the experiences I have gained through football. Especially with tough coaches growing up, it definitely shaped me to be a better person I am today.

– Not so much a person of superstitions. But I believe it is important to rest, hydrate and eat well leading up to a match. You have to feel good to perform well.

Footballer you look up to?

– Growing up, to be honest I never really followed Singapore football and always watched Liverpool FC. Steven Gerrard has always been my idol especially when they lifted the Champions League in 2005. Locally, I had the honour to have played with some senior players before retiring, players like Noh Rahman and Mustafic Fahrudin, and these players really do lead by example which I appreciate so much.

– Scoring the goal in 2014 against Albirex Niigata which won me the Goal Of The Year then.

What are the biggest hurdles you had to overcome to get where you are as an athlete?

– I think one of the biggest was managing my time out of football. I believe the difference end of the day when we retire from football, is what we make out to do when we are off the pitch and behind closed doors.

Who inspires you the most?

– My dad. He always taught me to do good before doing well. The family was never monetary rich but he always manages to keep the family together and stay happy.

What are your goals for your club/country?

– Having gotten a few runner up medals during my time at Tampines Rovers, I hope to actually win one trophy before retiring in future. I have also never been capped so a call up and appearance will be nice to sum things up.

If you had/have children, would you encourage them to follow in your footsteps? Yes/No, Why?

– Sure, football is so beautiful! Kids nowadays are so caught up with gadgets and an outdoor sport will help balance it out. But playing football has always been a privilege for me, so you have to earn it ultimately.

Who is your biggest motivation?

– My two elder sisters. They both are always a step ahead and keeping me on my toes to play catch up. They are also very good role models for me.

– Playing in the 2012 Sultan of Selangor Cup. Was the only prime league player in the squad and started the match. The crowd was fantastic!

– Back when I was in the Singapore Under 21 team playing in the Vietnam Newspaper Cup, in the early stages of the first match, I twisted my ankle and was out of the tournament. It was a pity after all the hard work and build up to the tournament.

If you could bring one player from anywhere in the world to play for your current club, who would it be and why?

– I would like to play with Roberto Firmino. He seems like he is always having so much fun on the pitch and what a team player he is. He does not always get the fame he deserves but look at him covering his team mates and linking up play so well.

Who was the toughest opponent you have faced so far?

– One of the toughest I have played with technique wise, has to be Fumiya Kogure. He just turns with ease. Local player wise, I feel Shahdan Sulaiman is a very intelligent player.

Most serious in the team?

Joker of the team?

– Has to be Iqbal Hussein and Nazrul Nazari.

– Worst fashion sense, Jordan Vestering. Best, has to be myself.

– No clue what the individual players listen to.